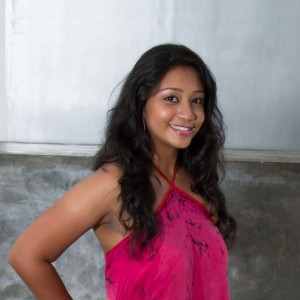 She joined Soul Sounds academy choir in 2010 and has been singing with Soul Sounds since 2012.   She has been teaching since 2010, where she directed the choir of  Lyceum. Having been the Western Music teacher of the College of World Education and St Nicholas’s College Colombo. She started teaching the piano at the Soul Sounds Academy since 2013.

For Dona music has been an integral part of her life. She started her singing career as a member of the Good Shepherd convent choir in 2002 under the direction of Mr Francis D’Almeida. She was also one of the youngest accompanist (on keyboards) of her parish choir having started playing at the age of 8.

Her aspiration is to reach out to children through the art of music and singing and bring out the best in them.